coldrainwater wrote:Indeed, the concentration can be a major stumbling block. Most run routes really would not work at all. Wherever I live, I always have to be really careful to pick routes where there are no stops and very little to no traffic, and that preferably have long stretching of very little. I enjoy a version of meditating when I jog and I think that helps me understand somewhat, but still it is a compromise overall compared to library listening. Even if it is only for 20 minutes, I enjoy listening before going to sleep since the concentration is almost surreal. Like you, I don't do so well lin Starbucks or Half Price Books. Way too busy for me. And the grocery store is a cart collision waiting to happen.

I would like to develop a mini-habit around walking and perhaps either playing Duolingo or maybe even using Anki. I can read and move on a treadmill but not ideally and there is always the risk that the rear of the machine will get the better of me one day. Between wearing glasses, which fog over and blur with exercise, and a phone that has an affiinity for beads of sweat, my view is often obstructed after I have been training for a bit (making Duo and Anki more challenging than ever). My smartphone mistakes those drops for finger presses as well and it will even lock my phone randomly as I run. All that has been enough to deter me so far, hence the idea of trying walking + duo. I will see how that goes, maybe soon.

Wearing earphones in the grocery store is tempting so they can drown out the loudspeaker announcements, but I've never tried it. When I walk a treadmill, I have to be sure the iPod is set on the proper reading and proper place when I start, otherwise I end up putting the treadmill on pause accidentally by floundering around to keep my balance. For years and years I listened to the first CD of the Gypsy Kings when I walked outside or in(called simply enough The Gypsy Kings), though it was a cassette tape at first. Most of their songs have a jaunty rhythem perfect for walking. Plus the bonus of listening to Spanish. Maybe I should go back to it.
1 x
Tu sabes cuando sales pero no sabes cuando regresas.

MorkTheFiddle wrote:For years and years I listened to the first CD of the Gypsy Kings when I walked outside or in(called simply enough The Gypsy Kings), though it was a cassette tape at first. Most of their songs have a jaunty rhythm perfect for walking. Plus the bonus of listening to Spanish. Maybe I should go back to it.

I think Elgar is supposed to have done all his composing while walking. Perhaps you could try one his tunes too?
2 x

As long as I'm not (too) disturbed by external sound sources (traffic, sea, wind, people), I just walk and listen. My pace is fairly regular, and matches my "inner radio" pretty well (120 BPM

MorkTheFiddle wrote:For years and years I listened to the first CD of the Gypsy Kings when I walked outside or in(called simply enough The Gypsy Kings), though it was a cassette tape at first. Most of their songs have a jaunty rhythm perfect for walking. Plus the bonus of listening to Spanish. Maybe I should go back to it.

I think Elgar is supposed to have done all his composing while walking. Perhaps you could try one his tunes too?

They let me off work for a couple of days and I have found the coffee jar. I have one hand in the coffee jar and the other on the keyboard. As you might have guessed, I have taken to drinking again and recently discovered Peaberry Coffee, grinding beans similar to the ones shown here. It might be a good idea for me to learn Portuguese and go visit Brazil. In between cups I listen to Deutsch Lernen mit Geschichten from the Learn German channel. It works well played as audio-only and offers a story I can follow even with A-level listening comprehension. I will get a good 50-60 hours out of the channel at a minimum. My 'listening chunk' requirement is normally about 50-100 hours, so it qualifies.

Secondwise, I remember that while actively studying Spanish vocabulary, I wrote simple one-liner VBA macros implemented as hotkeys with intents of diving right into the RAE. I had purchased a copy of it from Amazon and used Calibre to convert it to a wrangle-worthy text file. To avoid crashes since neither Excel nor notepad++ should be trusted with so much data, I just bulk imported it to a free SQL Server database. Then I randomized it and removed any categories that I didn't think were ever written to be read by humans. Eventually, I came to my wits, but not before doing quite a bit of damage.

As fate would have it, it appears I am going down the same path with German, but with a slight innovation in mind and a more relaxed approach. For one, I am simplifying the technical parts and configuring everything early on. For five months running, dict.cc has been my all-around most useful German-English dictionary, so it is no surprise that I want it for text work also. You can request the files via their email data request form. It is item ten, Vokabeldatenbank, from the downloads page. They offer many cross platform options as well and I may take them up later on their .NET integration offer. So far, so simple.

Incidentally, they have other bilingual options, but it is best to choose DE<>EN since it is the most complete. Out of laziness, I bit the bullet and let notepad++ handle both the text file and randomization aspect. It took a while but eventually pulled through. The formats offered by dict.cc are awesome and do not require progamming skill beyond find/replace to parse. The download is shy of 70MB and for EN-DE, you get over a million lines, so after randomizing, I just whacked off a chunk of about 10k lines into a new text file so I could have something to work with right off the bat. From experience, I know I can get through 10k in short order, even passively. Longterm, after several iterations, the plan would be to apply the Pareto Principle rather than tackle the whole dictionary. Afterall, this is but one resource amongst many and only a small part of my language learning plan. It is not quite a new experiment since it has worked before.

The innovation I had in mind is to use this for passive vocabulary acquisition. I can attribute a good bit of my Spanish listening skills to attentive but passive listening, so I figured, why not do something similar with vocabulary. It is bit more nuanced since I had to find a way to incorporate passive/attentive visualization, which is trickier than just donning headphones and hitting play. Dict.cc has tons of useful context, coloquial reference and idioms, so that portion was a no brainer. What I did with the RAE in ES and am doing now with dict.cc in DE is very simple. Instead of reading, scrolling and getting lost, like I might on a pdf or web page, I keep my eyes fixed on the top line of text in notepad++ (dictionary file I downloaded above) and let hotkeys do the work of bringing what I need to look at into my visual spectrum. As a passive/attentive resource, I need to plan for the resilience of handling distraction and life. To accomplish this, I needed only two hotkeys. One cuts the top line into the clipboard, making it possible for me to move quite quickly through scanning the data. The second optionally appends what I have in the clipboard to different text file, should I want to save it to a wordlist. If nothing else, they will make for good memoires.

The three little text files (dictionary source, 10k line working file and wordlist) go on Google Drive and are ready to be used at home, at work, no matter what else I may be working on (language related or not). Hopefully some word nerds out there might find this idea interesting or helpful. So far, it has been pretty fun ungluing some of the longer German words.

As a side note, I read books like this too come to think of it. Pretty versatile.
4 x 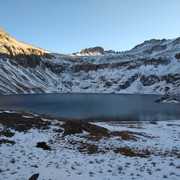 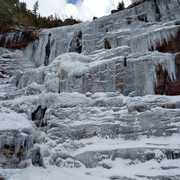 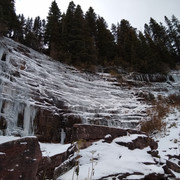 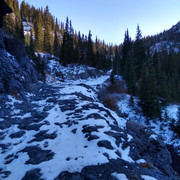 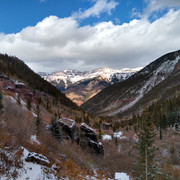