StringerBell wrote:Excluding the visions, this sounds similar to the game Clue. Have you ever played that one? It used to be one of my favorites, and they even made a movie based on the board game in the 80s which is absolutely fantastic. I've seen it about 100 times and I think I have all the lines memorized.

Out of all the games you've played, which ones are your favorites?

True! The similarity was my first thought after our host had given the introduction. I played Clue a bit as a kid (←in the mid 1980s) and also watched a TV series based on it (some ten years later, Swedish television).

We all really like Mansions of Madness (2nd edition), and typically play it every two weeks. It has the Lovecraft theme which we all like. It's also part of the same "game family" together with Eldritch Horror (which I've played a lot on my own, and once with the group), Arkham Horror LCG, Arkham Horror - the board game, Elder Sign and maybe something else. Incidentally, it gives me a lot of inspiration to write. The games I've found most clunky/least smooth are Space Alert and Tales of the Arabian Nights. I'd love to play The Captain is Dead again. In solo settings - Eldritch Horror or Pathfinder Adventure Card Game.

jeff_lindqvist wrote:One language that I hear knocking on the door is Japanese. One day...

Good choice! A nice little language which will keep one occupied for a couple of decades or two!
8 x
3000 pages in Hebrew:

Man your talks of board games makes me miss my gaming group back at home. Not that they're playing much due to the virus and the meetup spot being reasonably cautious. Definitely going to have to find a group in Ireland, not that they're meeting up yet either; only group that's on is a fair distance away, and poor public transportation means it'd take me over an hour to get there by bus.
1 x

Ezra wrote:Good choice! A nice little language which will keep one occupied for a couple of decades or two!

Thanks for the... encouragement. 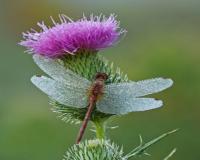 I see the two terms being used interchangeably. Cluedo is the name of the game in Sweden (also the Swedish TV series).