The limits of comprehensible input?

"Input cannot be equated with the staple of much traditional language teaching: explanation about grammar, presentation of vocabulary lists, practice, fill-in-the-blanks, and so on. For mental representation to develop, learners have to hear and see language as it is used to express meaning. There are no shortcuts; representation cannot be taught in the traditional sense of teaching. Input does not guarantee acquisition, however. Nothing does. But acquisition cannot happen in the absence of input."

Both first and second language learners wind up with a highly abstract and complex system we call “language” that defies simple description. Most importantly for the present discussion, the “grammar” of textbooks represents a shorthand way of talking
about something that is too abstract and complex to talk about in non-technical terms. What teachers need to understand is that
the rules and paradigms in textbooks simply aren’t the things that wind up in our heads. They are not “psychologically real.” Once we
understand that mental representation is not the same as textbook rules and paradigms, we can better understand the roles of input
and output.

...without the expression and interpretation of meaning at the core of what we do, input and output become mere techniques.
But input and output are not techniques; they are the very foundations of language acquisition and communication."

Is it possible to get good output skills without output practice by input alone?
https://forum.language-learners.org/vie ... 7&p=107345

Extensive reading and listening. Does it really work?
https://forum.language-learners.org/vie ... 8&start=70

Insteresting topic, and thank you, Elexi, for posting this link. However, this seems to be in Japanese, which is completely incomprehensible at least to me (and maybe some others here, too). Is there an English translation available (maybe it's right under my nose, but I don't know where to click)? I would really appreciate that.
0 x

I guess, I've learned (still learning) English mostly through imput. I started 6 years ago, and the first 4 years it was only listening and reading, I couldn't really speak (except simple phrases like "Thank you") or write. I did spend some time on learning grammar - a bit in the beginning, and when started to write in English. But I've noticed that I make less mistakes when I rely more on my feeling than when I'm trying to follow the rules I learned from textbooks. Maybe because I often don't understand or misunderstand the rules. It feels like I need a textbook that teaches how to work with language textbooks and grammar reference books

reineke wrote:Subtitled anime is heaps of incomprehensible input with subtitles mostly serving to deplete attention from the auditory input.

Now that I had a moment, I was re-reading this thread and this statement really made something "click" in my brain (I hope that was a "click" and not a "snap"

) Quite simply, I think what I believed Krashen meant by Comprehensible Input was wrong. As I've said, I haven't read his material deeply... lots of what I know about his theory came from his talks and perhaps 2-3 articles he wrote... and what OTHERS wrote about his theory. But he always talks about "understanding messages", so I was generically taking the anime example as a) You got a message in Japanese and b) you got an English translation, so you 'understood' what that message meant, therefore this is CI. (And I believe I was not alone in taking that meaning.)

But your statement made me come to a new belief that, first, Comprehensible vs Incomprehensible Input is not a binary thing. And second, it applies at a granularity below the sentence/phrase level... down to the individual words/endings/syllables.

So, for example, there is a massive difference between the two following scenarios (Cantonese example):

1. Mostly Incomprehensible
You listen to something one time and hear:
"yau toi chut (mumble) saam (mumble) sun (mumble) chan bun"
And read the subtitle:
"and they released three new products"
End result: you basically didn't even hear a good chunk of the phrase and have little correlation between specific sounds and the meaning.

2. Mostly Comprehensible
You hear that same something like:
"yau toi chut (mumble) saam (mumble) sun (mumble) chan bun"
And see a subtitle:
"又推出咗三款新嘅產品"
Which you then put into a Reader/Dictionary and see:
又 = jau6, and/also
推出 = teoi1 ceot1, to release; to rollout
咗 = zo2, -ed
三 = saam1, three
款新 = fun2 san1, new/recently developed (model, product)
嘅 = ge3, possessive particle
產品 = caan2 ban2, goods; merchandise; product
And you follow that up by replaying that phrase a couple of times to try to hear those mumbled bits as best you can.
End result: You got one or more repetitions on associating several words/sounds with their meaning and their usage in a real sentence.

After writing that out, I can feel my internal critic shouting "Yeah, well of course, you dummy! It is clear nobody learns much from scenario #1" ... but it sure feels like some hard core Krashen followers seem to lump together any content with a translation and the most lazy partial attention review of that content as Comprehensible Input. Which is probably unfair to Krashen's actual theory as I'd bet he means something a bit more involved.

I also think his general "you don't need to explicitly pre-teach stuff like grammar" is taken way beyond reality at times. Some appear to claim that this means you don't even need to take notice of grammar, you just let the words wash over you. But I think at some point you need to see/notice/understand specific things about grammar and pause to think about it now and then. I think all Krashen is saying is to let that grammar knowledge come relatively naturally in context, when it is needed to understand the content, and don't turn each discovery into a 20 minute lecture on verb particles. Am I wrong about that?

So going back to the mediocre language skills of many 20+ year immigrants: Using that new definition of CI, the 'limit' in these cases isn't that CI has stopped working or needs some other bit of salt to function... it is that these folks aren't really getting much new CI anymore. They would need to take specific effort to pick apart their TL input to turn those details they don't currently grasp (or perhaps don't even hear) into true CI.

I should note that IANAL (I Am Not A Linguist)... so this is all conjecture. I'm really well beyond my scope of knowledge here.

P.S. Thinking about this also gave me a little kick in the pants... I think I need to do a better job making my intensive input more comprehensible at a more granular level, when possible. I can be a little lazy about letting lots of the language wash past me. Volume and extensive input are also great, but when I'm supposed to be doing intensive input, I really should try to make it as high value as possible.
Last edited by zKing on Tue Nov 13, 2018 8:56 pm, edited 1 time in total.
3 x

neumanc wrote:this seems to be in Japanese, which is completely incomprehensible at least to me (and maybe some others here, too). Is there an English translation available (maybe it's right under my nose, but I don't know where to click)? I would really appreciate that.

zKing wrote:CI is a fantastic tool, but it must be combined with 'noticing' and the occasional bit of thought/analysis to continue to enhance listening skills. If you don't really hear something or notice that it exists, you won't 'learn it'... and I should point out that the brain has an extraordinary ability to filter/ignore stuff even if it is right in front of you. Early on this noticing/analysis happens naturally as you always need to do a bit of it in order to comprehend in the beginning/lower-intermediate levels, but later on when understanding is easier and things become more 'fun'... it takes a little more diligence to continue that little bit of work which will cause you to keep advancing to a really refined level of skill. Many don't bother, and to be clear, I don't judge them for it. This is work, it takes time, and for a lot of people better language skills aren't necessary for them to get by. To be honest, I can't say for sure if I will attempt to take my TL's too far beyond B2/C1 either.

I consider 'learning how to listen and read' to be a 'solved problem' with CI + some active noticing. But just CI alone really isn't enough. Another point of evidence: the huge numbers of Japanese anime fans who have watched untold hours of Japanese anime with English subtitles... i.e. huge piles of CI and most of these people don't know more than a few words of Japanese.

Edit: I also wanted to say that I think Reading makes the noticing thing a little easier as all those little words are clearly on the page and easy to re-read, or to put it another way, it makes it harder (but not impossible) for the brain to ignore those little glue words and endings, etc. Which is why I believe massive free reading correlates so highly with language skill.

Yes, reading makes it a little easier but it is not enough. I believe one of the best exercises is the scriptorium method recommended by Prof. Arguelles. The aim of this method is to force yourself to slow down and pay attention to detail. I think combining CI (through L-R to i+1) with scriptorium will lead to the optimum result.
1 x

Hey guys - thanks for letting me know the link didn't work - I think it got split in cutting and pasting, so you got the index page.

The article is in the link below

Jensen 'Focus on Form and the Communicative Classroom'

Thank you very much for the clarification, Hashimi. The Internet goes mysterious ways. I still cannot find the articles on that page (so I will search elsewhere), because THIS is what I get when I click on the link given by Elexi: 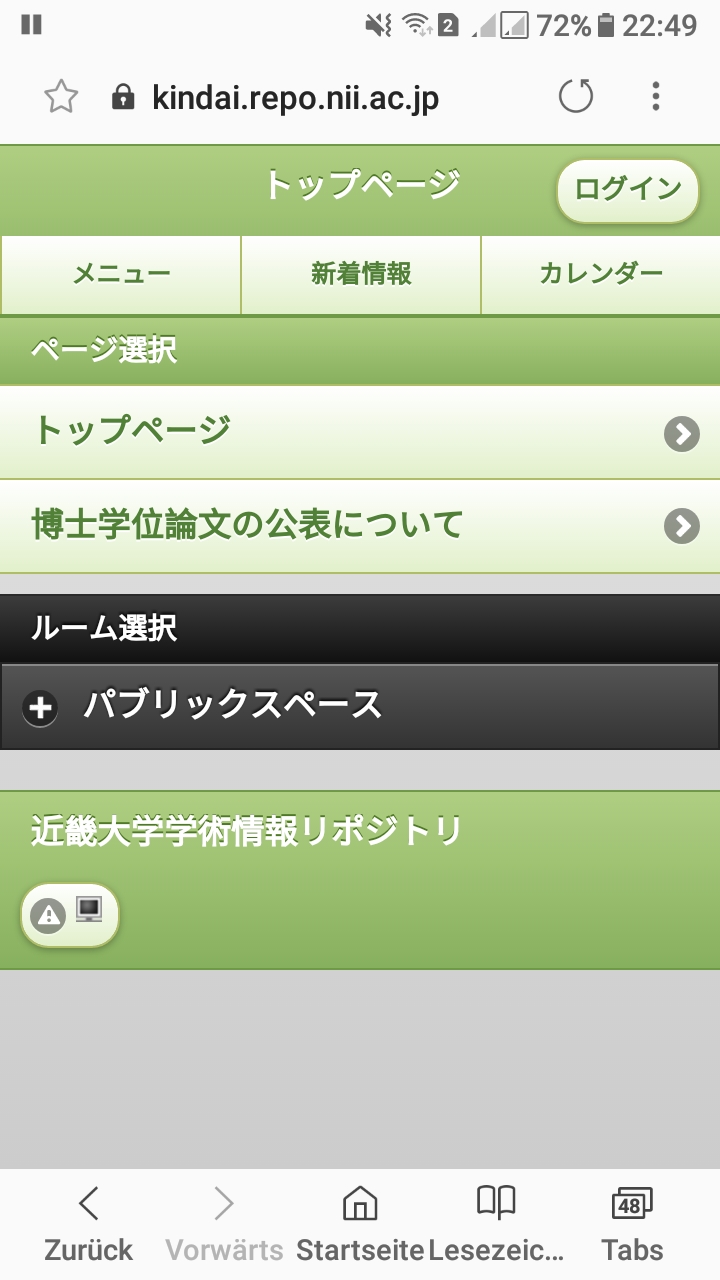 Elexi wrote:Hey guys - thanks for letting me know the link didn't work - I think it got split in cutting and pasting, so you got the index page.

The article is in the link below

Jensen 'Focus on Form and the Communicative Classroom'

Thanks, Elexi, didn't see this when posting. Now, I could download it. I will read it with great interest.
0 x

“款新” don’t go together as one phrase here.
1 x
Dialang or it didn't happen.