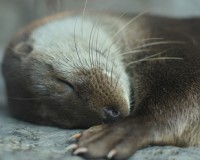 Hi! I'm Mikonai. Once upon a time I was on the old HTLAL, but it seems people have largely moved here. Happy to find everyone again!

I still try to keep up practice on Italian, but I recently have also gotten some good reasons to try to pick up Swahili. I've had a few false starts on it already, especially with an academic schedule (I'm pursuing a PhD in theoretical linguistics): I can do some intensive study for a little while during the winter and summer breaks, but then the new semester starts up and I fall hopelessly behind, often even lapsing in my Anki reviews. I'm hoping this time I can do better, although I will definitely have to accept the cycles of intense study during breaks and less-intense study when my other obligations become more pressing.

mikonai wrote:Hi! I'm Mikonai. Once upon a time I was on the old HTLAL, but it seems people have largely moved here. Happy to find everyone again!

I still try to keep up practice on Italian, but I recently have also gotten some good reasons to try to pick up Swahili.

Karibu sana. I already was wondering where the other Swahili learners are.
0 x
Previously known as SGP. But my mental username now is langmon.

SGP wrote:Karibu sana. I already was wondering where the other Swahili learners are.

Asante! Nimefurahi kukuona. It seems we are a rare breed, but I'm glad to see there are one or two of us around

Hi I’m sporedandroid and I’m 22 years old and Canadian. My mother tongue is Spanish, but I’m far more comfortable speaking English. I’d estimate my level in Spanish is intermediate. I can mostly understand tv shows and movies, but I stutter when I try to speak Spanish and I’m not great at reading and writing like a lot of heritage speakers. I was in French immersion in grade one(age six.) I had to quit the next year because of a fear of speaking French. I can kind of get the gist of some text in French, but I can’t really understand spoken French.

I got into Bjork when I was fourteen. I didn’t just get interested in Icelandic because of Bjork, but because of the documentary on Daniel Tammet learning it in a week. I didn’t reach a super high level. The most challenging thing for me was the obscurity and a lot of words having ten definitions in the dictionary. I also dabbled in other Nordic languages. I think two years after that I temporarily lost interest in languages.

Four years ago I got interested in Jewish culture so I briefly studied Hebrew. I quickly lost interest and just got overwhelmed. I got interested in Hebrew again, so I kind of went back to it. I decided to take it slow and just expose myself to some music and movies without studying all that much. A few months ago I started studying more seriously. I also discovered Olle Kjellin’s chorusing method. So I decided to try it out for Hebrew.

I also find Turkish cool sounding. Usually that’s not a good enough reason for me to learn a language, but my parents said they might have a family trip. So I’m learning a bit of Turkish. Just greetings and some phrases and vocabulary that are relevant to travel. I’ll mainly focus on phonology and chorusing or other ways of practicing pronunciation.

I know learning two languages at once isn’t ideal, but it makes chorusing far more interesting. When I was first chorusing Hebrew I couldn’t get myself to sync up to it for a few weeks. When I got an app for chorusing and more ideal clips I was finally able to sync up. When I started Turkish I couldn’t get myself to sync up with it and I found I had to change my voice a lot. When I returned two days later I noticed my voice synced up way better. I also feel like my voice changes more when I speak Turkish compared to Hebrew. But my voice harmonizes better with Hebrew.
7 x 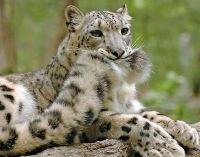 I'm Ice Blue, a 28 year old living in the French speaking part of Switzerland. I've been lurking on this forum and the HTLAL one for a very long time. The reason why I never started participating is that I always thought it would distract me from actually working on my languages ; I decided I'd give it a try this year

My first language is French and I study German, Croatian and Hungarian. My English is a bit rusty because I haven't had a lot of occasions to use it lately but that might change if I start a log here!

Wow! nice to find this forum. I was on HTLAL way back in 2008. I love learning languages, it was a main hobby for me in university and for a few years after university. I have met my wife in an online language exchange back in 2010...when she moved to Canada she didn't know very much English and I spoke more spanish. Now she is 3rd year nursing degree here in Canada so her English has advanced much farther than I have in spanish.
I am ok in Spanish but haven't actively studied it for 8 years, so it has only been improving slowly.
My goal this year is to get Spanish and French to a professional level of of fluency. I believe both are really close...
6 x

Thank you for your message. If you want I can provide you with samples of the books that we have so that you can see and understand how our books will help your forum.

It will be better if I can do a giveaway for the people of this forum. Let me know if you like the sound of that
0 x 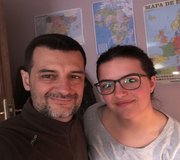 I'm a spanish 49 yo men and I have been so mad studying english for the last five years or so. At last, the last june I achieved my B2 level in an official exam from the Official School of Languages, so I am currently on my way to C1 level.
I actually don't know if five long years is much o not for B2 level but I assure you than I have worked so hard and never less than 10 hours a week, so I can not really consider myself as a specially gifted for lenguages. But, it has become a passion and nowaday devoting time every day is completely normal (anki time, podcast...) for me.

Eventually, I discovered this forum only days ago, and I was completely taken aback by the great and amaze people trying to learn a lot of lenguages and I have decided to start to learn another new language.I really feel enthusiasted about it.

I"m currently middle-aged with a lifelong interest in languages.

I have been learning Mandarin for the past 10 years with some highs and some lows. Currently I don't attend a class but I have a listening + vocabulary review routine.

This year I (re)started Japanese. The class location and time were convenient. I haven't been studying really hard.

I'd like to work on my Spanish and spoken English but I've been saying this for quite a few years now...

(trying not to get distracted by other languages but it happens sometimes!)
4 x
: Genki plus (kanji)

Native Persian here who left Iran right in the middle of the Iran-Iraq War, and since I was only 3-years-old when I departed my Farsi is not very good. I've been lately interested in German and have been using Duolingo for the time being. I eventually want to learn Spanish too as there a lot of Spanish speakers in my area.
3 x
Post Reply
285 posts