Solari wrote:...I have been studying Spanish on and off for many years, but I have finally gotten into a consistent self-study regimen in the past couple of months. I am very encouraged by what I have been able to achieve so far, and I hope to participate in this community as a way of maintaining my enthusiasm.
My ultimate goals are to become more familiar with the Romance language family and specific related Creole languages. I work in health care in a part of the US where there are significant local communities who speak Spanish, Portuguese, Haitian Creole, and Cape Verdean Creole. Some day, I would love to be able to use all of these languages. ...

Welcome to the forum, Solari. What you want to achieve is doable. I've done it with Spanish, Portuguese and Haitian Creole. I have no need for Cape Verdean Creole here- maybe if I were in Boston or elsewhere in New England.

Have a look at the Haitian Creole Study Group here on the forum. This should give you a good starting point for available resources, more than you may think. We also have a Spanish Group.
5 x
The Multi-track Approach

I appreciate the warm welcome, Iguanamon!

I've started to compile a list of Haitian Creole resources that I will use along with my Teach Yourself books. Your list of resources in the study group is extremely helpful. Once I have a plan that is a little more organized-- hopefully by the end of this week-- I'm planning to start a log of my own to chart my progress.

See you around the forum!
3 x

Hi everyone! I'm Hannu, a Finnish language enthusiast, and also a long-time lurker on these and on other language learning forums. I created an account here in order to motivate myself to study more and to improve my languages (mostly Spanish and Danish) for the coming Polyglot Gathering which I registered for a few days ago.

I've had interest in learning languages for over a decade now, mostly learning Swedish and Spanish on my own and dabbling in a few other languages as well. I developed an interest in learning languages after I lived in Spain for a several months and failed miserably in my attempt at learning Spanish from a textbook. After that I searched for better ways to learn, and soon discovered that listening based approach suits me much better and since then I have made a good deal of progress.

I'd still say it's been quite a passive and slow way to learn languages, but I have more recently started taking private lessons on Italki and that has been super helpful in activating the languages I've studied. I had a horrible anxiety and other serious health issues before that prevented me from doing much 'output', but I still got a sense of accomplishment from understanding the podcasts and radio shows that I listened to. I guess that's big part of why I love learning languages, the good feeling that you get from understanding spoken language that used to sound like total gibberish before. It's like cracking a secret code that opens a window into a different world.

Hello everybody!
I am interested in languages and linguistics. I have recently started to learn Icelandic.
6 x

Hello, I'm Robert from the USA. I'm mostly interested in building my Hebrew skills, and occasionally practicing my Spanish.
5 x

Hey!
I'm Sajad from Iran, I'm currently learning English. I'd like to learn Korean-Dutch-Turkish-Russian-French (Just trying, but here I've started with English and at the moment,I'm learning English)
6 x

I'm from Venezuela and I just found this forum yesterday. I must say that I've spent the whole night reading the posts on many of the interesting threats that catched my eyes. I'm sure I will learn a lot from all the members here who share their knowledge, experience and methodology on language learning. I will share my experience on the subject too.
Currently I'm learning German, Turkish and Serbian. My mother language is Spanish.
3 x
Los idiomas no son una barrera, son la via para comunicarnos con el resto del mundo

Hi! I just signed in, this is a great forum, I'm interested in French and Mandarin, a very interesting combo indeed! I'm originally from El Salvador and I live in San Diego, California. Thanks!
4 x

cgrameaux wrote:Hi! I just signed in, this is a great forum, I'm interested in French and Mandarin, a very interesting combo indeed! I'm originally from El Salvador and I live in San Diego, California. Thanks!

Welcome, cgrameaux.
Have fun with your French and Chinese. 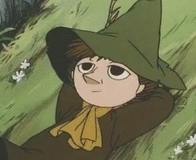 Hi everyone, I'm Kristof. I'm a French speaker and I'm from Belgium. I've been a member for a while now and I finally decided to introduce myself. I've been fortunate enough to have been exposed to multiple languages (Dutch and Hungarian), though I'm not fluent in those languages. It's only recently that I realised how fun learning languages can be. I'm now very keen to consolidate my language skills and eventually learn new languages. I have yet to figure out what method works the best for me but the forum seems to be full of excellent resources and experimented people. On top of that, I'm really looking forward to getting to know people from this community.
3 x
Post Reply
193 posts