Feel free to post more information about your dabbling, especially if you chose "more than 80".

I chose "21-30". I blame the increasing ease of dipping into more and more languages with Youtube, Google Translate, and other tools.
0 x

I'm baffled by the one vote for 'zero'.

I reckon apart from a dedicated few, who manage to get through a lot of languages, most have between 2-4 they permanently nurture and dabble to a lesser extent in others.
1 x

Maybe the zero is someone who is always serious, never just dabbles?

I agree that a definition of dabble is needed. The 10 or so words of Turkish or Arabic, do they count since I was able to have interactions in that language? But what about Thai, where no one understood any of my attempts?
4 x 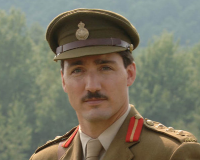 Le Baron wrote:I'm baffled by the one vote for 'zero'.

That's me. Honestly no interest so I've never tried. Maybe someday but whenever I try to do something outside of learning French a slight guilt comes over me which forces me back.
1 x

lysi wrote:whenever I try to do something outside of learning French a slight guilt comes over me which forces me back.

I guess, but I've never done it with languages.
0 x

I vote zero too. I can't really dabble - I'm really curious. If I get into something, it gets more and more interesting until it absorbs me completely. So starting a new language is very dangerous for all my other projects.

The only language I kind of dabbled into was Spanish (I still invested at least 150 hours or so), but I stopped it because my Mexican roommates at that time were annoyed by me learning Spanish and I was very busy anyway, also I didn't find any practice partners and the time zone difference for online exchange was kind of difficult. So I just postponed it for now until I am in Europe again and everything is easier.

Let me ask a couple counter question to you dabbles. Is it worth dabbling? Can you get something really valuable just by investing a bit? When you stop - why do you stop? Is the curiosity satisfied? Or did you just try several languages to see which language was the right one for you? - do you feel guilty when you stop? (for example I feel guilty when I have a friend in a language and I neglect his language

I guess I am super serious again.
2 x

Prepare for a long rant - but the OP asked for details....

The question is of course how much you actually need to do to be recognized as a serious dabbler. So let me start with something tangible: my multiconfused log.

I have a spreadsheet where I note down the languages I have used in that thread, and the counter stands right now and quiver at 30 languages and 1 dialect (Western Jutish) - I count Scots and Platt as languages because I have studied them as languages. And I count Ancient French as an independent language, but not 'Ancient' Spanish or Catalan - they are too close to modern speech. And of course I can't speak all those languages, so in more than half the cases I have to construct my sentences laboriously instead of just tapping them in.

But I have written here and in HTLAL about more languages and dialects than that, after previous studies of relevant texts of course, and among those that come to mind are Anglosaxon, Ancient Saxon (the precursor of low German), Ancient Gutnish and Eastern Gothic - but not Old Norse since it is too close to Modern Icelandic. On the other hand I should include Modern Faroese since I have read the local newspaper Dimmalætting, using my Icelandic as a crutch. I have also studied some weird old Venetian plays to see what happened in Gallo-Italian before Goldoni - and no, it was not Italian (I commented upon that topic in HTLAL). And later I have read and listened to sources in Sardinian, Sicilian, Napoletan and at least two branches of the bundle known as Romanch. I have even tried to read Ancient Greek, but if anybody tells you that it is the same thing as Modern Green then whack them - it aint'

Within the Slavic family I have made wordlists in Czech and Ukrainian (in addition to the five languages I currently study), and when I write in Serbian I sometimes have a peek in a Croatian dictionary just because I'm curious - or because I can't find a suitable word in my Serbian dictionaries. Besides I have worked my way through one book (about language learning) in Czech and one in Slovene (about the Postojna grottoes). But I haven't studied these languages systematically.

I have also made a few wordlists in Finnish, but since I also have read a fullsize Finnish grammar and one about Hungarian both languages should definitely be added to the dabblin' count, but not more than that - I don't study them (yet).

Speaking of grammars and language guides etc: I have studied the verbal system of Pilipino (or Tagalog) using an assortment of language guides and internet pages, and I started learning Bahasa Melayu until I realized that my texts (from Singapore) actually were written in Indonesian - then I had to study that instead, but luckily I had bought a quite good dictionary in Manila. Apart from that I have not done much language-wise in the Orient - apart from learning the Korean Hangul alphabet from a book that promised it could be done in 49 minutes (but I spent several hours on that project) plus small language guides about a number of languages from the areas I have visited. That also includes learning the Georgian alphabet (piece of cake) and part of the Armenian one (not piece of cake) and reading a Georgian grammar from A to Z. By the way I have also read grammars for Greenlandic and Basque, and for a time I used a language guide to Quechua as goodnight reading. By the way, it just occurred to me that I once did some studies of Japanese vocabulary using a dictionary, but I have never even thought about studying that language. Nor Chinese, even though I did learn to write a few words during a visit to Taiwan.

All in all I would say that I have done some serious dabbling in maybe 20 to 30 languages in addition to those I have studied (and by 'studied' I mean studied with the aim of becoming an active and competent user). But I did also learn the name in kiSwahili of some 10 animal species during my safaris in the 70s, and I have bought a T-shirt with the Burmese alphabet during my one and one stay in Kalaw. But that's not serious dabbling, just showing respect for the country you are visiting, so I have conservatively estimated my total dabbling count to somewhere between 50 and 60. 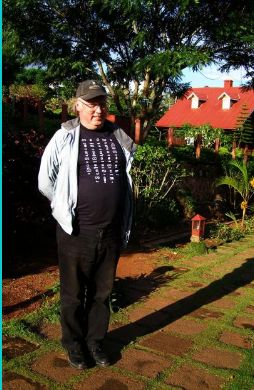 Let me just get this clear... you had (have?) Mexican room mates but couldn't find anyone to speak Spanish with?!
2 x
Post Reply
33 posts