Question on FIGS consistency in usage/accent in the EU 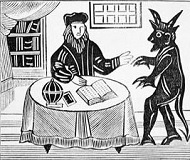 Question on FIGS consistency in usage/accent in the EU

Regarding the four most populous EU countries (Germany, France, Italy, and Spain), which has the most uniform accent and usage of its most spoken language (as in, ignoring Catalan, Basque, etc...and looking only at German, French, Italian, and Spanish)?

In Spain, I am under the impression that Castilian has an extremely diverse pronunciation in comparing the "Madrid" standard to other regions, and particularly throughout Andalusia.

In Italy, do people still generally learn their regional dialect/language first and only learn "standard" Italian once they are in school? Or is Italian pronounced and used in a standardized way country wide now? For example, would native speakers know someone is from the Piedmont region or Rome or Naples based on their Italian pronunciation?

French I am guessing is very consistent across their country. My reason for this guess is the historic efforts of the central government to supplant regional languages (Breton, etc...) and standardize the language.

German is the one I have the least confidence in guessing. When reading on this topic, it seems that German can vary quite a lot in other countries it is spoken in (Switzerland, Austria), but I have no idea how much it varies within Germany itself.

I'd welcome any insights on this question from those in the know! Am I generally correct that it goes from more varied to more consistent from Spanish to Italian to French when speaking of the romance languages on the continent there? And where does German plug in?
4 x

My understanding is that there used to be regional dialects in Germany, but they're pretty much dead nowadays. You can still find older people speaking them though.

There used to be a continuum with Dutch at one end and the Swiss dialects at the other.
2 x

French is pretty "uniform" (but I shouldn't say that before the natives). Yes, there are slight differences in vocabulary, but the overall pronunciation is very standard (deviations from the norm are much more due to the background of the speaker, their age, education, rather than just the region they live in), the regional grammar differences are small (I noted just one or two such things in over a year). The very old people may still be more comfortable in a local language though, but that is no longer French.

The Belgian and Swiss French are not that different, the main difference are really the numbers, and of course there is some vocab typical of each region.

When it comes to Spanish, I think the differences are bigger. Even among young people with very similar background (my sample were all medical students), the south and the north are different. And it is not just about a few words, but also about pronunciation. The differences are lighter than they used to be, especially due to the media. Most region speak a more or less standard Spanish, but the south, especially Andalucia, is more different from that than most LA variants I've had the pleasure to listen to.

It is not insurmountable, but it is a challenge at the lower levels indeed.
2 x

I remember watching this video about different French accents
https://www.youtube.com/watch?v=YfQlz_bbpzw
In southern accents the realization of nasal vowels seems to be the most salient feature.
0 x

golyplot wrote:My understanding is that there used to be regional dialects in Germany, but they're pretty much dead nowadays. You can still find older people speaking them though.

They are alive and kicking.

In the first video there's a female with a Turkish background speaking Hochdeutsch. complaining about her German husband's Swabian that she can hardly understand.

MEIN MANN SPRICHT 24H LANG SCHWÄBISCH!
-------
on second listening, it turns out the guy also has Turkish background: he says that his father is a "richtiger türkischer Schwob"

The second video shows an example of broad Swabian dialect. I can speak like that myself to a certain degree.

Faust wrote:In Spain, I am under the impression that Castilian has an extremely diverse pronunciation in comparing the "Madrid" standard to other regions, and particularly throughout Andalusia.

Your impression is correct. There are also things like different pronouns (in parts of Andalusia you can hear "ustedes tenéis"), morphosyntactic differences (in much of the north you can hear a ella la ayudo, a ella la dije), different conjugations (nostoros semos) and of course different words.

In Italy, do people still generally learn their regional dialect/language first and only learn "standard" Italian once they are in school? Or is Italian pronounced and used in a standardized way country wide now? For example, would native speakers know someone is from the Piedmont region or Rome or Naples based on their Italian pronunciation?

It depends on the language. Many of the Gallo-Italic languages are practically moribund, whereas Neapolitan for instance has plenty of young speakers.

However, that does not mean that areas where the traditional languages are close to dying out are linguistically uniform. There are substantial differences in "regional Italian" in terms of accent, word choice and even grammar. For example, the remote past is more widely used in the South than in the North and people in the South are more likely to pronounce intervocalic /s/ as [s] rather than [z] (e.g. presidente). You can also hear quite a lot of variation in the distribution of open vs. closed e and o, for the word tre for example the standard pronunciation is closed but I think in parts of the North it's open.
8 x
log

Faust wrote:In Italy, do people still generally learn their regional dialect/language first and only learn "standard" Italian once they are in school? Or is Italian pronounced and used in a standardized way country wide now? For example, would native speakers know someone is from the Piedmont region or Rome or Naples based on their Italian pronunciation?

People learn the local dialect before learning standard Italian language in Southern Italy, while in Northern Italy, the local dialects are dying now.
To be fair and honest, very few people speak the educated standard Italian as-is (i.e. without regional words and accent), and those who managed to do so, usually follow a specific course.
So yes, we native speakers know that someone is from Rome, Naples, Piedmont and so on.

However, I personally managed to fool other native speakers by changing my accent to a more standardised one.
So when I say my native region, others may say "I don't hear the accent" or "I thought you were from another region".
7 x 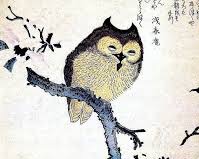 Faust wrote:In Italy, do people still generally learn their regional dialect/language first and only learn "standard" Italian once they are in school? Or is Italian pronounced and used in a standardized way country wide now? For example, would native speakers know someone is from the Piedmont region or Rome or Naples based on their Italian pronunciation?

As an Italian myself, I can tell you that people have been learning Italian as their first language since the 1950's. With the TV broadcasting system, local dialects have been mostly marginalised, and are only used in some areas of the country for some common, daily tasks.
I only speak Italian, and so my parents (who were born in the early 1950's), but I can understand my family dialect (a variety of Neapolitan) since my grandmother (who was born in the early 1920's) used to speak it, and it was her first language, being born in a rural village on the Appenines. Local dialects were regarded as poor and useless during the Italian economic boom, but have now gained some popularity since they are somehow more flexible than standard Italian in conveying some specific messages.

As the accent is concerned, yes, we can figure out where a person comes from based on the way they pronounce things. There are typical regional variations and accents, and even grammar and vocabulary differences and peculiarities (for example, people from Northern and Central Italy mainly use passato prossimo to refer to events in the past, while people from the South use passato remoto extensively; or, for example, we call "persimmon" cachi (or caco) all over Italy, but in Tuscany they say diospero; while "watermelon" is anguria in the North, cocomero in Central Italy, and mellone d'acqua in the South).

The standard pronunciation you learn from courses and textbooks (and that is heard on TV, the radio, and in theatre), is an artificial pronunciation one can acquire by doing some special training and taking specific pronunciation courses, and is based on a mixture of Tuscan and Roman pronunciation of the most educated people.
4 x
: SC JA books
: SC JA films
: SC SV books
: SC SV films
I'm a man from Italy, not an owl from Japan

I'm no expert, but I have to disagree with Castillan Spanish having "extremely diverse pronunciation". Yes, the Andalucian accent is quite distinct, but it's not really very different, that is my impression. Once you get used to the "s" that are dropped it's not hard to understand. The difference between Castillan and Catalan or the other regional languages is of course bigger, but they are called languages after all.

Germany: As Kraut says, Germany still has dialects, and here the differences are much bigger. It seems that in Germany people are used to speaking the standard "Hochdeutsch", but at home might speak a dialect that is very different.

I find dialectal variation interesting and I think it's a pity if they disappear. It seems that we could order the countries like this:
- France: the government actively suppressing dialects / regional languages
- Germany: people prefer to use the standard language. Not sure how proud people are of their dialects
- Italy: no idea
- Spain: my impression is that people are proud of their regional dialects or languages.
0 x
Polish log Spanish log German log Japanese log

I had a work colleague from Berlin with whom I got friendly and invited him to a soiree at my neighbour's house. My neighbour was from Munich (as it happens both engineering graduates). It's not like I was specifically trying to force them to meet, but I though it wouldn't be a bad thing on the whole. The work colleague was born and had lived in Leipzig under the DDR and he said Berlin German was horrible and gritty and he couldn't understand some of it, but after an evening with my neighbour he also said he couldn't understand everything he said; even though they seemed to be conversing perfectly well.

I knew that German in Bavaria and surrounding regions has a particular character. I've only been to a few places in Germany, but I found it fairly easy to get around Berlin, Cologne, Düsseldorf, Dortmund etc... A little more difficulty in places in the south. In Switzerland I was completely bamboozled by the incomprehensible German which sounded to me like Swedish! Apparently it's even more so in the less metropolitan areas.
0 x
Post Reply
18 posts