aaleks wrote:In Russian it's "усы" - plural. So, I guess, for me it's two parts (or more? I mean cats and dogs in Russian have усы as well). But I never thought of it before

Same in Polish (wąsy) and Serbian (brkovi). They’re also used to refer to whiskers on animals.

tacerto1018 wrote:In French we say "des moustaches", as plural. So it could be any number of them !

Can be singular or plural. La moustache
2 x

I don't think the number of a noun in a language affects my conception of the thing in any way.

Spanish uses a singular, el bigote, but I can easily see it conceived as divisible in two symmetric parts (in most styles). Hearing a non-native speaker say los bigotes when talking about a single person would be weird because that's not the Spanish linguistic convention, but it wouldn't be weird in the sense that the plural view is hard to understand. (Also note that los bigotes does exist when talking about a cat.)

For another example, whereas Spanish uses a plural noun for the game of las damas 'checkers (US), draughts (UK)', both English and more obviously German (die Dame) use singular nouns (checkers is boring, note the singular "is"). Do I conceive of the game as multiple things because the noun is plural in Spanish? No. In fact, I can perfectly even say las damas es un juego aburrido 'checkers is a boring game', even if otherwise I'd use a plural adjective when modifying the noun more directly: las damas son aburridas 'checkers is boring'.

Similarly, in Mandarin they don't count "languages" with a normal counting classifier particle, but rather talk about "types of language". In the same way you talk about 三種書架 sān zhǒng shūjià 'three types of bookshelves', you're supposed to say 三種語言 sān zhǒng yǔyán 'three languages' (literally "three types of language"). If you want to talk about three bookshelves without caring about the type (maybe they're of the same type, maybe not), you say 三個書架 sān ge shūjià, but you cannot say *sān ge yǔyán for 'three languages' (unless you want to sound weird like the Spanish learner talking about his dad's "bigotes"). Does this mean that the European concept of individual languages is alien to Mandarin speakers, who can only conceive of a single nebulous "language" abstraction? No, most Mandarin speakers can perfectly list a number of different languages (English, French, Japanese...) and insist that they're different (while, of course, some of them also insist that Mandarin/Cantonese/Hakka/etc. are geographic variations of the "same" Chinese language).

By the way, I asked a native French speaker from Paris, and he said la moustache is what you normally say. Les moustaches is typically used for cats, and if you use it for a person you sound like deliberately going for an old-fashioned/archaic sound. Otherwise, les moustaches when applied to a single person mostly just exists in highly idiomatic contexts, notably the joking/absurd saying par les moustaches du pape ! (literally "by the moustaches of the Pope!", compare English "by Satan's whiskers").
6 x

I was pretty sure I’ve seen moustaches used in English, too - in eighteenth or nineteenth century literature. So, I did some quick googling - too much time on my hands.

“Why, I have had my moustaches so full of alkali dust ...”

To me it’s one thing with a left and right side - just like my head, heard and nose.

What do you call that thing that grows immediately below your bottom lip, not on your chin? I don’t know what to call it in any language.
2 x

This thread made me think about how in Irish, it's a good thing when a "mustache frog" is "on" you and how no one really knows why. That's all I wish to contribute to this conversation.
2 x 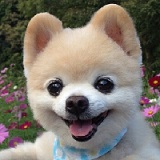 Adrianslont wrote:What do you call that thing that grows immediately below your bottom lip, not on your chin? I don’t know what to call it in any language.

In Italian we call it mosca.

From Wiki:
Soul patch (also known as a mouche, a flavour saver, or a jazz dot) is a single small patch of facial hair just below the lower lip and above the chin.
1 x
2018 Super Challenge

Adrianslont wrote:What do you call that thing that grows immediately below your bottom lip, not on your chin? I don’t know what to call it in any language.

In Italian we call it mosca.

From Wiki:
Soul patch (also known as a mouche, a flavour saver, or a jazz dot) is a single small patch of facial hair just below the lower lip and above the chin.

Is it still called “mosca” if you also have a moustache?
0 x

Adrianslont wrote:Is it still called “mosca” if you also have a moustache?

I think so, although I guess the whole thing could have its specific name, depending on the style of mustache and/or beard.
An example: musketeer.

This discussion has opened the Pandora's box of moustache, so many styles with specific names I've never dreamt of.

Any of you fellow language learners ready to do Anki reps about moustache/beard styles?

I picked the final option because in my every day life, mustache is one thing.

But in my readings, the genres I love the most (early-to-mid twentieth c. Brit lit), they are moustaches.

Hercule Poirot wore moustaches, but he was a French speaking Belgian named for a Greek who was solving crimes in Britain.