Are English speakers privileged when it comes to learning languages? Or is it sufficiently explained by rich person's privilege? Does it only apply to Europeans or no matter where you live? My attempt at an analysis: https://languagecrush.com/forum/t/3446

In terms of expectations: OMG SO PRIVILEGED
In terms of availability and cost: Mixed bag
In terms of ease: all speakers of European languages are privileged
3 x

Me: I'm going to start learning Chinese!
Other person: That's great and with English being a 'world language' it will probably give you a head-start!
Me: Quite... We're so privileged.

I completely agree. It's compounded by Westerners moving to places to work in multinationals where the local languages are so unknown as to be not even considered as a language worth learning. In the sense of: 'where else would I use this? And I don't plan to stay here all my life anyway'. With 'immigrants' is seen as such a person having been given something for nothing, a taker rather than giver receiving magnanimous pity and having been 'saved' by the host country. On the other hand since an immigrant plans to stay (usually) not learning the language is not a great plan.

Me: Could I have a coffee please?
Barista: Why don't you speak Italian?
Me: Well I'm on holiday and just passing through really. And, well you're speaking English to me anyway.
Barista: Yes, well I'm forced to, you privileged cultural imperialist! But whilst we're here I'll practise my English. I'm a student.
Me: Oh? What are you studying?
Barista: English.
Me: ...
10 x
Extensive reading - One book a month for 2022:
Duolingo Esperanto from French - for fun:
No matter how much you push the envelope, it'll still be stationery..

One of my favorite things I listened to this year was a German podcast interviewing a wonderfully bright-eyed 15 year old who had a travel blog. He had been to Moscow the year before and was telling the story like it was the craziest thing that had ever happened to him that the person selling tickets for the subway in Moscow didn't speak English. Just didn't fit his world view at all, which was clearly something like "when I'm outside of Germany, I can speak English and that will work everywhere."

Also, in any conversation on privilege, I like to drop in the existence of 15 year old travel bloggers.
10 x 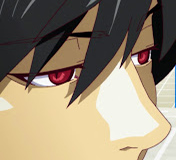 Japanese learners are privileged in terms of having tens of thousands of hours of anime available for learners, not to mention large, intelligent, motivated communities of learners around the world.
4 x

Spaceman wrote:One of my favorite things I listened to this year was a German podcast interviewing a wonderfully bright-eyed 15 year old who had a travel blog. He had been to Moscow the year before and was telling the story like it was the craziest thing that had ever happened to him that the person selling tickets for the subway in Moscow didn't speak English. Just didn't fit his world view at all, which was clearly something like "when I'm outside of Germany, I can speak English and that will work everywhere."

Also, in any conversation on privilege, I like to drop in the existence of 15 year old travel bloggers.

When I was 17 I was enormously lucky to go on a month-long trip around Europe with my friends, without any of our parents being present. At that time I wrote extensively about it, something like 15,000 words in total. Ten years later, I looked back, reread what I had written, and was kind of surprised to see how much of that type of attitude appeared. That was the trip that really kickstarted me into being interested in languages, but it was also the first time I had really been responsible for accomplishing different necessary travel tasks and was unable to do it in English.

Two of us on the trip had heritage French or German, two of us (including me) were monolingual but for high school Spanish, and two of us had heritage Southeast Asian languages that sadly went unused. I also had some Italian phrases memorized from a previous trip there with my family when I was younger. I remember getting phrasebooks in the different languages we were going to encounter that were new to us, that being the extent of my knowledge of language learning at the time. We encountered monolingual locals in every place we went, pretty much every day. Still, though, from my writings I treated this as surprising or unusual, since after all it was "well known" at that time that you could travel Europe without knowing any of the local languages.

As soon as I got back I started seriously teaching myself German and never looked back.
8 x

I will readily acknowledge that I am immensely privileged. This is a large reason why I have the resources to learn languages.
That said, sometimes I envy my South Asian or European friends who grew up learning and speaking three to seven languages without intense study.
3 x
Bangla Pages: 4977
100 Hours of Native-to-Native Discourse:
Greek Pages: 62

Expectations have a complex origin in my opinion. Language is communication and attitude. If an expat or immigrant is open, kind and polite, people tend to be really understanding and helpful. My daughter has a Vietnamese classmate. Her parents speak Hungarian maybe at an A2 level, which is obviously not enough in most situations. They've been living here for 10 years at least, but nobody complains, because they're kind. On the other hand, even the richest and most privileged expat CEOs can get very rude remarks on their lack of language skills (at least behind their back) if they're arrogant (seen that as well). Which leads to another aspect, rationality and practicality.

If you can't do basic everyday things because you don't speak the language of the country, does it really matter what other people expect? Even in the highest positions in the best-paid jobs, if you can't speak the language of the employees, you can't communicate with them directly, you don't understand their culture and way of thinking, you don't understand the market and your own adverts, do you think you can be really successful? But just for tourists, it's basically the same problem: if I go with an English native to a small Italian village for example, does it really matter what people expect from us? Expectations won't help the English native in any way, because a lot of people simply don't speak English there.

I've never felt in Italy, Spain or Portugal that people expect me to speak their language. It's true that in central areas they expected me to speak English, but in villages they just didn't expect anything (like I was a UFO). Actually they were extremely surprised everywhere to see that I want to speak their native language with them. What people really expect is practicality, that you should be able (or at least try) to communicate on the level that you need to get by. Tourists are expected to speak English in the touristy areas, and workers are expected to do their job well. If they need languages for this, the languages are expected. If they need a near-native level for this, then that is expected. Immigrants are expected to show willingness to fit in, and if it's only a smile and asking for help, there's often no problem.

Seen from my location English is the de facto lingua franca at the moment, it doesn't matter if we like it or not. And it's strengthening its position every day. If you push a ball down a hill and it gains momentum, it just speeds up and it will be harder and harder to stop. Now every child learns English in primary school (often from the first year, like it was a compulsory language). Teaching is aided with a lot of digital content (songs and games) that the children use with pleasure in their free time. There's no real hierarchy, there's English and there's everything else. Which one is more useful: French, Korean or Croatian? None of these and all of these. It depends on where you want to live, what you want to do. There's no difference. German used to be the first choice here when I was a child, but now it's considered a hobby language. One can argue that it's still great for immigration, but people move everywhere around the world. It's not just Austria and Germany anymore. My old classmates live in the UK, Australia, Spain, Italy and France. My sister-in-law in Sweden. Although English is difficult for a lot of people, it has a rich and widely available culture, that makes learning a lot easier. How could Esperanto compete with Netflix, Amazon and the like? How could it compete with 'normality', the 'this is how we do it' or 'as everyone knows' axioms?
13 x

I think the biggest privilege as a native English speaker is getting to speak my native language when English is being used as a Lingua Franca. My graduate Finance program was in England, but that’s not really why we spoke English. The majority of the students were from the continental EU, and when a multinational group of Europeans get together, they speak English. We treated each other as linguistic equals, but obviously some of us were more equal than others. Every one had good English, I had *great* English, and that gave me social currency. I could be quicker, wittier, more fun at parties. It was great. And then I went back to the States for law school… A bunch of highly verbal, almost exclusively native speakers is a much harder crowd!
9 x
Grammaire progressive du français -
niveau debutant
:

Some good points in the article (although also some questionable ones in the first section) and it's great that it looks at both sides and recognises some of the difficulties that native English speakers have learning other languages, like access to media and willing native speakers.

As such a native English-speaking language learner, it does feel like we have to swim against the tide much of the time and it's easy to get frustrated at the small things like people replying in English, having to lower our standards for the media we consume, and encountering resistance from people who are uneasy with foreigners taking a bit too much interest in their culture. And the flip side of situations like what Laywer&Mom describes can be that non-natives often understand each others' incorrect English better than native English (especially of speakers with a less common accent like mine!), especially if they have similar mother tongues, and that quick wit that we can have as native/advanced speakers often goes over the heads of less advanced ones. Being the only native speaker in a group, or in a minority of them, does have its challenges as well as benefits.

But looking at the bigger picture, the advantages of being a native speaker of the major global language really can't be overstated and hugely outweigh the disadvantages, especially when you consider economic factors. Which of course doesn't mean we shouldn't be allowed to complain about the difficulties, but it's important to always keep this in perspective, especially when you're somebody who learns languages because they want to rather than because they need to.
8 x

garyb wrote:Some good points in the article (although also some questionable ones in the first section) and it's great that it looks at both sides and recognises some of the difficulties that native English speakers have learning other languages, like access to media and willing native speakers.