rdearman
There may be a great book out there written in French I just haven't seen it yet.

Could you share with us what you consider to be a great book in any language?

I will tell you the books I like, that doesn't however make them great books. 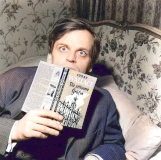 Surely there are French analogues for a lot of these kinds of books? Many of those are historical books and French has lots (Man in the Iron Mask, Jacques le Fataliste etc).

They are also mainly English books and that is a style to be found in English (or north American) writing.

We all have our 'warning flags', for me anything with 'trilogy' or 'series' after it says to me: verbal diarrhoea and a triumph of 'imagination' over content. 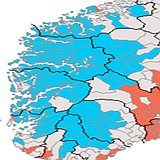 Since you liked Meditations, try Citadelle by Antoine de Saint-Exupery (and his novels)
La Condition humaine by André Malraux.

As for genre fiction, how about Maigret novels?
0 x

Le Baron wrote:
They are also mainly English books and that is a style to be found in English (or north American) writings

I have yet to find any good French books, probably because of circumstances I have already explained, and having spent most of my life as a monolingual English speaker it was only possible for me to read English books, or books translated into English.

As for genre fiction, how about Maigret novels?

I will check those out, as well as the others people have told me about. I did read a couple of books by Maigret they were given to me. They were OK but not something I would spend money on.
1 x
: 22 French Paperbacks Read: 7736 pages

I included the books in your list that made me think of these French authors. This is, of course, not saying that they are the same thing, just that for some reason my mind drew a connection:

I've been reading this forum for years, and got a lot of help from you all. I've just registered to try and give some back.
So my suggestions are:
Hervé Le Tellier: L'Anomalie
Tonino Benacquista: Saga
Jean-Michel Guenassia: Le Club Des Incorregibles Optimistes
Florence Aubenas: L'Inconnu de la Poste
Georges Simenon: La Chambre Bleue
Emmanuel Carrere: L'Adversaire
Romain Gary: La Promesse de l'aube
Antoine Laurain: Le Chapeau de Mitterrand
Marguerite Yourcenar: Les mémoires d'Hadrien
Laurent Binet: HHhH
And my opinion on the topic:
French books are not worse than others in general, but you need to search a lot to find one you like. I usually search on goodreads, but it's very time-consuming in any way. There you can find people with similar tastes and look at their suggestions. Most people also organise their books on shelves, so you can look at the 'french' shelves.
6 x

rdearman wrote:(...) not something I would spend money on.

That's an important point. I can read a standard book in an hour or two, and in most cases I won't ever read it again. So unless it's a dictionary or grammar or travel guide or field guide to birds or some other kind of tome for repeated consultation then it would be idiotic to buy it - for reasons of both economy and shelf space.

It's also a question of languages. I have access to many thousands of books in Danish and English at the libraries here so it would be idiotic to buy books in those languages. They do have French books (and books in many other languages), but hardly any non-fiction - otherwise I would borrow it home and read it. I do buy books and popular sci mags during my travels, but not many, so all in all I read far fewer fullsize books than I did before my interest in foreign languages was rekindled. Instead I mostly read things on the internet, with Wikipedia as the main source, and for much of the time where I once would plow through whole books I now study short texts from the internet intensively. You can't do everything within the allotted 24 hours a day...
4 x

I would move that the thread title could better be: French books don't cater to my tastes. Which is a perfectly understandable and acceptable sentiment. We all have types of books we like.

I think I've made a fair argument about how general French literature has a discernible character and is likely not suitable for those strongly preferring genre fiction. This is going to be an obstacle if anyone learning French insists on reading general French literature and wants it to be something it isn't. It is what it is. Someone (or more than one person) above mentioned reading non-fiction, which is probably a place to find more direct writing anyway. I say 'probably' because some ostensibly 'non-fiction' books, especially the popular ones, now employ a very fiction-like narrative to tell 'stories'.

One non-fiction book I read a couple of years ago L’arme invisible de la Françafrique. Une histoire du franc CFA is of the type that just imparts factual information, but has a sort of driving narrative enough to make it engaging. I'm a great lover of fiction, but perhaps language learners rely a little too much on the idea of fiction as the main learning tool for reading. It is often filled with difficult/awkward constructions; highly poetic language with many idioms; confusing dreamlike narratives which require a level of sophistication beforehand. Where Iversen talks about reading Wikipedia articles, just articles on the internet...that makes sense to me. You need variety in short bursts and there is almost limitless material of that kind available in a language like French.

Grinding one's way through massive texts (or huge numbers of 'pages') with the idea this translates to the main route to 'language proficiency' seems to me highly misguided. The interplay between talk, listening and reading feed off each other. Listening/reading at the minimum and not necessarily some organised, integrated L-R idea, but wide and variegated reading and listening. This is how you got good at your native language.
3 x
21 books for 2021:
Beter ten halve gekeerd dan ten hele gedwaald.
Post Reply
72 posts