An observation on language confusion 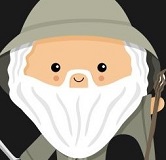 An observation on language confusion

I noticed something relatively minor that ended up fascinating me when I was studying the other day. I was practicing speaking Spanish, in which I am what you would definitely consider a noob, and my brain kept trying to automatically fill in vocabulary gaps with Slovak, which is my next worst albeit better than Spanish language. I then thought more about it and realized that sometimes when I am practicing Slovak my brain tries to fill in gaps with German, my strongest foreign language. However, brain never tries to fill in German gaps with English.

So essentially, it seems my brain has formed some kind of hierarchy of language skill and whenever it decides it needs help, it moves up the ladder to the next language until it gets what it came here for. Interestingly, it never seems to skip. So for example, Spanish brain doesn't try to go to German, yet none of them go to English. So my question is.. are you aware of some research on this topic? Have you ever noticed this yourself?
1 x

1. Llorg is research.
2. Yes happens to me, but it does skip, usually within a language family, as in when I need the word “Bonjour”, “Ciao” is more likely to pop up than “Guten Tag”, but any word in any language with any meaning could pop up

except L1 doesn’t pop up.
4 x
SRS is not flashcard.
Flashcard is not SRS.

Spanish used to be the language that would fill in my gaps until Mandarin overtook it. These are my only regularly active languages these days in terms of output, and the other day I had to think hard how to say "one and a half pounds" in Spanish because my mouth really wanted to speak Mandarin.

At other times in my life when I've had more juggling of active languages, I've also noticed this quirk. In China when I was practicing Russian with a friend, I often skipped over Chinese and wanted to speak Indonesian. Going even further back, I once arrived in Poland not long after leaving Russia and had quite the time extricating my Polish from my Russian, jumping over German in the way!
2 x

I notice it's not dependent of language hierarchy, but rather how ingrained that particular word/phrase is. If it's a word I hear/use a lot in one context, it will creep into others. This is even the case where I might say the same thing in English, but I just happen to say it more often in the other language. So the other language comes first. For example, "¿Que es tu problema?" or "ella no esta aquí" just pops into my head faster than my native "what is your problem?" and " she is not here". This is interesting because even though I have not actively studied Spanish in years, these phrases are ingrained, and come faster than the English equivalents

When I attempt to speak a TL, I assume my head finds the English word first--but sometimes I fill the blanks with a different TL. When speaking Norwegian, my brain thinks, "huh. Don't know how to say that in Norwegian--but I know how to say that in Japanese!" I've also seen this with French, presumably because I have certain phrases drilled into me from Pimsleur previously, and these come quicker than in other TL.
3 x
Check out my comic at: https://atannan.com/

For me it happens:

1. Between closely related languages: Dutch and German ; Spanish and Portuguese
2. When I start learning a new language, right after learning another one - the previous language interferes. And when I jump back the new language interferes.
3. some overlap between shared vocabulary of Korean, Japanese, Chinese. Earlier today I was reading 理所当然 lǐ​suǒ​dāng​rán - and I read "ri" instead of lǐ because that's how you read it in Japanese, and I had to seriously think about how to read it in Chinese.

So it is either a relation by how close the languages are, or closeness in time when I learn things right after another.
I never have overlap between lets say Dutch (I learned in 2012-13) and Chinese (2017-) - so no relation in time nor language family: no problem

In general I think overlaps tend to go away with increasing use of each language. So I think the brain will properly separate them and don't lump things together.

smallwhite wrote:2. Yes happens to me, but it does skip, usually within a language family, as in when I need the word “Bonjour”, “Ciao” is more likely to pop up than “Guten Tag”, but any word in any language with any meaning could pop up

except L1 doesn’t pop up.

How about confusing Cantonese and Mandarin?
1 x
music and composition

I think I have discussed this before. When I started learning my first TL (Italian) my brain had a big bucket labelled FOREIGN WORDS. When it reached in there, it always brought out either nothing, or Italian. Then I started to learn French, and it would reach in and get Italian, French or nothing. It doesn't seem to have a preference, just which ever word in whatever language seems to be at the top of the bucket. Magically, as I got better at both French and Italian, it seems the FW bucket was full, so the brain separated them into ITALIAN, FRENCH and OTHER, so I now have 3 buckets. If it can't find the word in the OTHER it seems to shove a hand into both Italian and French and offer both of them up for me to pick from.

Since I read this thread yesterday I have tried to observe which language filled out the holes when I try to think in a weak language. The first problem is that I haven't thought much in those languages since yesterday because I'm in the process of putting order in the photos from my latest voyage around Denmark, and I only need to think in Danish to do that (interrupted by English when I'm looking at Llorg like now). So it has mostly been in short burst of consciously provoked thinking, and there I have observed that it's like I start some kind of scanner to find ANYTHING that might fill a lacune - including constructed and/or almost certainly non-existant words in the language itself. Danish and English words will almost certainly pop up, which defies the idea about a strict no-skip policy, however the other languages that present themselves will mostly be related ones - like Russian popping up for other Slavic languages. In other words, not a very orderly process, but something like "throw the line where you think the fish are". With Greek - that isn't closely related to my other projects - the selection process seems to be even more random.
1 x 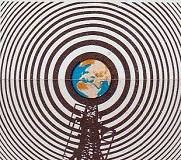 For me it was the opposite, it happened for languages I was studying simultaneously. When I was in high school I was really interested in languages, so I was learning Spanish, English and ancient Greek at school, and Italian on my own. Back then English and French never mixed with other languages, probably because I was good enough in them for my brain to see them as distinct languages. But for Spanish, Italian and ancient Greek that was different and they really interfered with each other. Sometimes one sentence in my brain could be made with those 3 languages, and it did make sense to my brain. I find it really interesting though, because it does show that our brain keeps working on other languages even when we're not, and it uses whatever it can to be effective in a way.

For whatever reason my brain tends to try to fill Spanish gaps with French words more often than vice versa, despite having studied Spanish longer and it being my stronger language.
0 x
Feel free to give me corrections in any of my target languages!
Post Reply
10 posts • Page 1 of 1